…but they’re going to have to deal with the fact that my wife and I commonly have exchanges like this:

Me: can you hand me the thingy from the thing?

Courtney: the one I’m pointing at

Me: I’m not looking at you

I try not to respond to the bullshit in this world with “this person is awful and they should feel awful”. Except for politicians. I try not to participate in witch hunts. I cope via jokes and satire.

After making a few jokes about Paul Graham at RubyConf, a fellow asked me why I made fun of that poor kingmaker (not his words). In short, I think everyone should make jokes about multimillionaires, especially Paul Graham.
He’s a celebrity-of-sorts, making the idea of Paul Graham completely open to satire and ridicule. My favorite such satire was a composite character from Silicon Valley who, due to the actor’s passing, will sadly not recur on the show. So it’s up to us, the unwashed internet people, to poke sticks in his platonic sides.

The thing to illuminate is how past Paul Graham used to have the analytical and rational skills to tell when someone like current Paul Graham is acting a fool. Graham suffers from confirmation bias and billionaire bias. He thinks his rational skills are still sharp enough to help him write about extremely tricky and irrational topics like diversity or inequality and he thinks his monetary success makes him doubly qualified to write about these topics from his own first principles. In other words, Past Paul Graham should know enough to tell Current Paul Graham when he’s out of his league.

I feel Paul Graham is an example of the geeks-shall-inherit-the-world and corruption of money that is bullshit in this world and everyone should apply satire to him whenever possible.

Things you might hear in commercials/promotions for software and beer:

American software and beer, much innovation, many hands waving. Solutioneering!

I’m going to Vegas this weekend with my wife on a real vacation where we’re going to do as little as possible. Not run around Disney World all day, not drive up and down the southern California coast. Based on this little bit of research, I can’t wait. 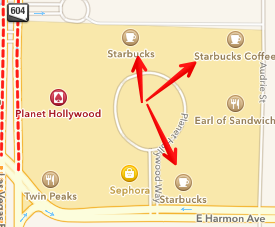 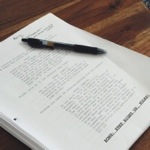 So I’m in rehearsals for a comedic musical. I love comedy. I’m very “meh” about musicals; I don’t know much about them. I like combining familiar and strange things, so it’s great so far.

I carry a big chunk of paper around what has the lines written on it. Some of the pages are typed, some of them are photocopies of the script from the original production in 1995. It’s held together with brads. It’s completely archaic.

The director is kind of a “most interesting man in the world” kind of character. Mixed in with a little bit of the least organized person in the world.

We have yet to receive the actual music for this musical. We learned the closing song for act one last night. The whole song has fewer than ten words in it.

Basically, this is the opposite of all the computer things I do and it’s just about perfect.

Someone make me a thing that plays horn samples as my test suite runs. Every time a test or assertion finishes, toot the horn sample. A fast suite would sound like Phil Spector’s Wall of Sound (i.e. awesome), a slow one would sound like a grade school marching band (i.e. kill it with fire).

Saturday Night Live is a changing thing. It’s not new like it was in the seventies, it’s not a powerhouse like it was in the nineties, it may not be the training camp for NBC sitcoms anymore. Despite that, its still a big dog in the worlds of comedy and pop culture. Every time I hear or read “SNL was better when…”, I cringe a little. As far as I can tell, this isn’t true.

Everyone’s got their favorite cast. Ferrell/Shannon/Sanz/Oteri, Fey/Poehler/Rudolph, Hartman/Carvey/Myers. It seems largely to depend on whenever you started watching SNL or when you were a teenager or in college. So when someone says “SNL isn’t relevant any more”, I mentally substitute “I liked SNL better with the cast I watched first.”

Over the years of watching and reading about SNL, I’ve come to understand that the show is very much about the people on camera, but Lorne Michaels is the show. The only time the show has been in consistent decline was when Michaels wasn’t around in the early eighties. For the past thirty years, claiming SNL was on the down seems to be more of a sport than a rational argument.

Since Michaels’ return, the show is subject to fractal cycles. Each night, some skits kill and some skits bomb. Generally, the front of the show is better than the back; if you stay tuned after “Weekend Update”, you should count yourself a long-time fan, willing to see some weird and/or flat skits, or asleep on the couch.

If you zoom out to look at how a season flows, you’ll again find shows that are really great and some that aren’t. My theory is that this entirely depends on the quality of the host. A mediocre host seems to bring middling material out of the writers and performers. A good or high-profile host seems to bring good-but-not-great material and pretty good performances. One of the darling hosts, like Alec Baldwin and the more recent Jon Hamm, brings the A-game material from the writers and performers play up to the occasion.

Interestingly, musical guests can bring a certain electricity too. Paul Rudd is a capable host, but pairing him with Paul McCartney led to a show that was pretty electric. I defy you to watch that episode and tell me SNL just isn’t as good as it used to be.

Zooming out to look at successive seasons, you see the same sort of up-and-down. Will Ferrell’s first season was good, but not great. He definitely left at his sketch comedy peak, and the show was briefly weaker for it. But right on his heels came the Fey/Poehler/Rudolph powerhouse. There’s an ebb and flow as casts come together, hammer out a few good seasons, and then move on to other stages.

That’s how I understand SNL. Perhaps I’m seeing cognitive biases towards the show through my own cognitive biases. I think it’s still a relevant benchmark of American pop culture.

INT. OFFICE: A team of enthusiastic young folk rush to get their “game changing” app ready for SXSW. A cacophony of phone calls, typing, and organizing swag.

EXT. PATIO: A team of folks that have done the SXSW ritual before look at their calendar, note it’s almost the middle of March, and shrug. They go back to drinking a tasty beverage and working at their own pace.

How Jerry Seinfeld writes a joke:

Very different from how I approach it. But, I love knowing how much goes into his craft and the degree to which he is particular about how he does it.